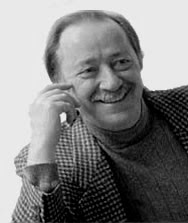 Born Giuseppe Dangelico Daeni in Bari, Italy,in November 8, 1939, his talents were recognized by his first grade teacher, who advised Pino’s father, Tommaso D’Angelico, to encourage his son’s artistic precociousness. However, Tommaso remained skeptical of his son’s future as an artist.

He was a self-taught artist. Eventually, Pino enrolled at the Art Institute of Bari, then went on to Milan’s Academy of Brera in 1960, where he honed his craft for painting from the live nude.

From 1960 to 1979, his work garnered several prizes and awards. During this period, he was commissioned by two of Italy’s largest publishers, Mondadori and Rizzoli, for numerous book illustrations. After a visit to Manhattan in 1971, Pino’s experiences of the art scene at that period led him to feel restricted in Milan, and in 1978, he moved to New York, where he believed the artistic freedom would allow him greater opportunities. He brought with him his family—wife Chiara, seven-year old daughter Paola, and five-year old son Massimo.

Under the sponsorship of the Borghi Gallery, he held several shows in New York and Massachusetts. His work caught the attention of both Dell and Zebra Book Publishers, and soon after, Bantam, Simon and Schuster, Penguin USA, Dell, and Harlequin. His romance novel covers, painted for such authors as Danielle Steel, Sylvie Summerfield and Amanda Ashley, helped sell millions of books using a then unknown fellow Milanese Italian model named Fabio. By the end of his career, he had designed about 3,000 book covers.

In 1992, Pino felt the strain of tight deadlines. Eager to leave illustration behind to return to his impressionist revival painting, he contacted one of the major galleries in Scottsdale, Arizona and sent five paintings, which were well received. From then on, his paintings appeared in Hilton Head Island, South Carolina and in Garden City, Long Island NY. Pino made several appearances on major TV networks, and was interviewed in national and international journals.

In 2001, Pino’s son, Massimo, began representing his artist-father, despite Pino’s initial reluctance. Massimo, more known as Max, successfully grew his efforts into a profitable marketing company, helping his father expand beyond his normal gallery representation to include magazines and books.[

His work continues to appear in art galleries all over the world, and his giclée prints sell into the thousands of dollars.